Posted on August 6, 2014 by redpantsandamustache

I met R in the Balkans in 2006. At first we were colleagues but we quickly became friends. And – until today I had not thought about this – since then our lives have followed a very similar path… We both returned to Canada in 2009. And we both found ourselves single, rather unexpectedly in his case!  By convenience we became roommates. An arrangement that worked well for me since he left after 18 months, and I had the house to myself. We are now both back in Europe and he came to Stockholm for a visit this weekend. This was the last weekend where a visit was possible for quite some time as we will both be quite busy in the coming weeks. Indeed, our girlfriends are both moving in on 16 August. Mine from Paris, his from London.

After a night out on Friday, where we experienced a fantastic brewpub in Hammarby Sjöstad (Nya Carnegie Bryggeriet) and a nice summer club under the bridge (Trädgården), we badly needed good coffee on Saturday morning. By the time we left the house, half of Stockholm was getting ready to march in the Pride Parade. And the other half to watch the parade! This probably explains why there were some room at Gildas Rum on that day!

Gildas Rum is on the north side of Nytorget, otherwise known as hipster central. I am not a hipster but I spent a fair bit of time in that area 🙂 And usually on a nice Saturday like this one, one has to be lucky to have a table outside!

I had decided that we would have lunch at a nearby place which I had recently noticed and which looks really cool: “Meatballs for the people”. Therefore I decided not to eat anything at Gildas but that was a tough decision. 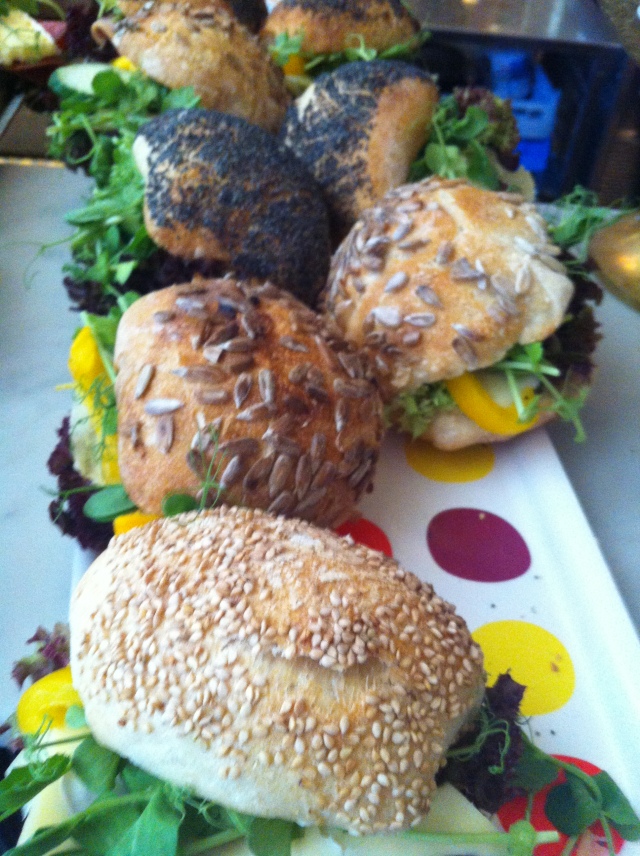 R does not seem to worry too much about looking fit for his girlfriend’s move and had something to eat. He was somewhat reasonable though and only had the traditional kannelbulle! 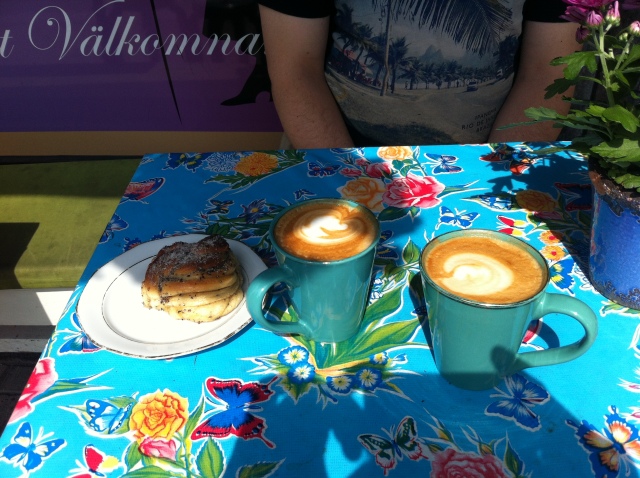 We spent a lot of time enjoying the nice weather and the good coffee, while talking about the big changes that are about to happen in our lives. R and I are different in many ways, but we both share the same set of feelings (happiness, excitement, relief…) at finally being reunited with our girlfriends after almost\over two years of long distance relationship.

Gildas Rum is a great place for an outdoor stop in Södermalm. But I could easily imagine myself inside during a cold winter night. And yes, Gildas Rum is open late at night (at least for Stockholm’s standards): until 10:00pm from Monday to Thursday, 8:00pm on Fridays and Saturdays and until 9:00pm on Sundays! Unfortunately I did not take any good shots of the inside but the picture below will give you a good idea of how it looks like (and you can see great photos on Gildas’ website).

We could have spent the entire afternoon at Gildas but the time had come for meatballs. And for the Pride Parade!

The older I get, the more I drink coffee.
View all posts by redpantsandamustache →
This entry was posted in Uncategorized. Bookmark the permalink.

1 Response to Gildas Rum: a classy espressobar in hipster land