Sturekatten: where tourists mix with locals

Posted on December 28, 2013 by redpantsandamustache

There are days when this blog does exactly what it was created for: get me out of my flat early on Saturday mornings. When there is no snow in Stockholm in December (like this year), days are usually dark, cold and rainy. This describes very well the weather today and it would have been easy to stay in bed. Nevertheless, I found the courage to get out with the hope of finding a nice café and, maybe, take advantage of the sales. I can already say that the latter point was a total failure but I might give it another try tomorrow. We shall see. I was a bit more successful on the café side. While this is not exactly what I had in mind, I finally paid a proper visit to Sturekatten. 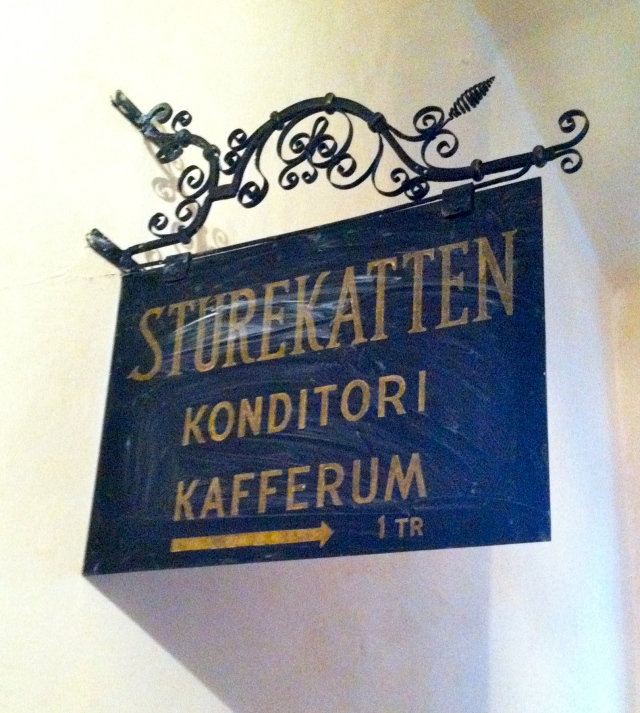 Sturekatten claims to be Stockholm’s oldest tearoom. I had been there once to meet up with friends from Serbia. Obviously, Sturekatten is a very popular place with tourists. It probably figures in most tourist guides and it has a very nice website (although it appears to be in Swedish only, which would not be that helpful for tourists). This morning the crowd was again a mix of locals and tourists, including a group of Japanese twenty-somethings and their Swedish friends who were speaking Japanese fluently. I have learned – or tried to learn – a few languages in my life but I am always impressed by Westerners who can speak Asian languages. I wish I was that talented with languages.

The entrance to Sturekatten is pretty cool. It is on the 1st floor of what seems to be otherwise an apartment building. There is also a little garden in the courtyard which must be really nice during summer time. 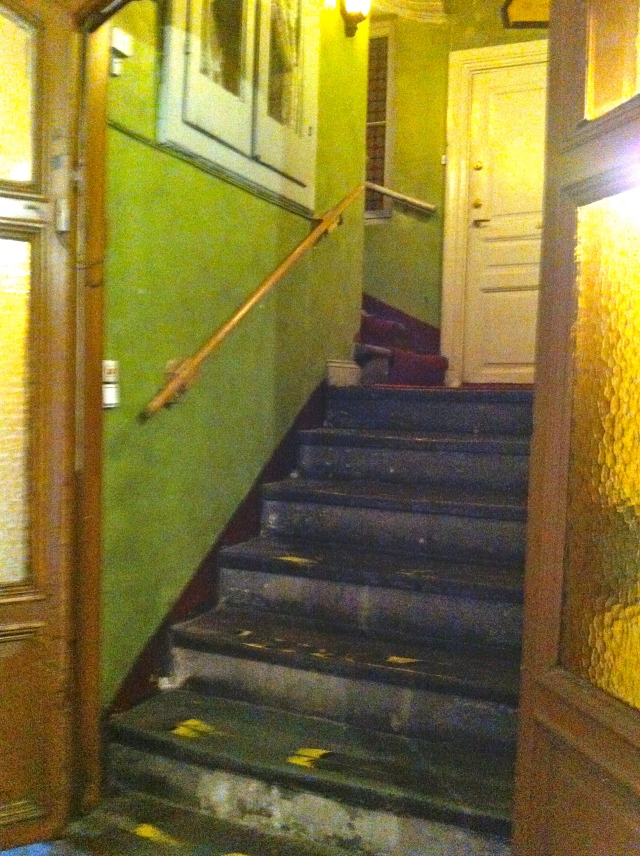 Once you get in Sturekatten you are faced with quite an amazing choices of cakes and other Swedish sweets, including the mandatory kanelbullar. I had my mind on something else, but when the girl asked what I wanted, I heard myself saying a cappuccino and a carrot cake.

Then on both sides of the counter are the rooms. One seems to have much more light than the other. I went in the darker one. Except for the light, both rooms are very similar. They both look like this could be your grandma’s house, or some 19th century museum.

Sturekatten is a good place to stop if you are around Östermalm. This is not the kind of place where one can expect to engage in a discussion with staff or other customers. I’ve been there twice now and on both occasions I did not see a single customer who was on his/her own. It seems like Sturekatten is the kind of place to enjoy with friends. Next time I go there, I’ll make sure to bring friends along. But I should not complain for this morning. I was sitting right next to Lucia!

The older I get, the more I drink coffee.
View all posts by redpantsandamustache →
This entry was posted in Uncategorized. Bookmark the permalink.

3 Responses to Sturekatten: where tourists mix with locals